My partner, who writes under the name L.R. Ambrose, has a short story (Long Enough) in the Dying Earth short story collection NevermorEarth published by Air & Nothingness Press.

We recently found out the short story made the Recommended Reading List for the Best of British Fantasy anthology 2019!

This is an article I wrote in 2016 for Wild Melbourne, now part of Remember the Wild. Logging in the Toolangi Forest – one of Victoria’s most precious old growth forests – is due to take place in a coupe adjacent to the Kalatha Giant from this week. The tree itself is protected, but the rest of the forest is just as valuable, and plays a far more important role in situ than it ever can as paper pulp. Although I am far away I hope that sharing this old piece about this old friend will help in some way!

In the Taungurong language, Toolangi means ‘tall trees’. True to its name, Toolangi State Forest is home to many of Victoria’s most astonishingly lofty trees, which are primarily of the Mountain Ash species. The scientific name of the Mountain Ash is Eucalyptus regnans, meaning ‘reigning’; it too is a fitting title for the tallest flowering plant in the world. These kings and queens of the forest grow to great heights, can live for centuries, and provide habitat for an abundance of species.

Towering 73m above the forest floor, with a girth of 16m at chest height, the Kalatha Giant dominates Toolangi’s treeline. Following the Black Saturday bushfires of 2009, a short walking track was created around the tree with signage explaining its significance and the ecology of the area. Following this track up into the forest, you may not at first be able to see the tree for the woods – but peer up through the understory and you’ll be staggered to find yourself right at the foot of this old dinosaur.

The Kalatha Giant has stood for centuries; it is believed to be between 300 and 400 years old. In its time it has seen multiple fires tear through the surrounding forest, and though they could not fell it, it does bear the marks of their passage. The enormous Cathedral Door hollow at its base is a burn scar, a charred gothic doorway between sprawling buttress roots. The older the tree, the thicker its bark, and the more protection it has against fire: by now, the Kalatha Giant has an impressive organic armour. The path leads the walker past a stag – the dead trunk of a tree that was killed by fire some time ago. Although they are no longer alive, these trees have a role to play: before their eventual collapse, they provide vital nesting hollows for animals.

Somehow, the Kalatha Giant also escaped the hand of man. Nearby, a colossal moss-covered stump bears axe-scars where planks were wedged into the trunk of this former giant as platforms for early loggers to hack it down by hand. It’s a labour that is hard to imagine in an era in which machinery can fell trees in a matter of minutes. Who can say what saved the Kalatha Giant from a similar fate? The surrounding stumps and stags seem to point to the unlikeliness of its survival, but at the same time, are a reminder of the cyclical nature of the life of the forest.

At different stages in its life, the Mountain Ash tree attracts different mammals to its heart. Victoria’s faunal emblem, the critically endangered Leadbeater’s Possum, tends to prefer shorter, dead trees, possibly because the ongoing decay generates warmth. Greater Gliders and Yellow-bellied Gliders, on the other hand, use living hollow-bearing trees as their base. Among its branches is the rich birdlife of the montane ash forest, from Satin Bowerbirds to Fairy-wrens, Flame Robins and Fantails. The voice of the Superb Lyrebird resounds among the trees. Innumerable species of beetles, spiders and other invertebrates live in its bark, its litter, its soil. This is more than a tree. It’s an entire world.

The area surrounding the Kalatha Giant is now a Special Protected Zone. Whatever is next in this tree’s epic life story, it won’t be brought down at the hands of humans. Already it has reached an extraordinary age; will we live to see it pass into its next phase, the nourishment of other species in its death and decay? This inevitability isn’t something we should try to prevent, but instead, we must ensure that its children and grandchildren – the young trees of this forest – have the opportunity to grow ancient in their turn.

Some facts and figures may be out of date since this article’s original publication in 2016.

It’s good to be back.

For the past five years we have been living in Australia, first in Melbourne above a famous ice cream shop, then on a vineyard in the Macedon Ranges. My partner is Australian so it was a logical step; from my perspective, I was in the mood for an adventure after graduating.

We met at university in St Andrews, and we always planned to return to the UK after a few years. Although Australia is an unbelievably beautiful country, I suffered from homesickness a lot. I think it’s difficult to articulate the logic of homesickness when you have everything you need except Jaffa Cakes and your mum and dad, but “everything you need” feels a lot less important in those moments than Jaffa Cakes or your mum and dad.

There is a huge amount of preparation and planning involved in moving a lot of books and several animals across the globe, but we finally set off in the wake of our pets and belongings at the end of October last year.

We’ve moved to a small town on the edge of Edinburgh, which is the city we always daydreamed about moving to. I used to pass through it all the time on the train and stay with friends there during the uni days; I lived in the city centre overlooking the castle for a month during the 2012 Fringe, when I was assistant director of a show.

If I start listing all the things I love about Edinburgh we could be here all day, but it’s the combination of the history, the arts and the way that even when you are in the heart of the city you never feel far from nature that does it for me. We can take a 25 minute bus to the city centre, or we can walk from our front door into some ancient woodlands.

I am so happy to finally be back on the same shores as [most of] my family. Living in a country as vast and as far-flung as Australia has given me some perspective on distance. Naturally my youngest brother decided to move down under six weeks before I left.

While I was overseas I qualified as a veterinary nurse and volunteered at a local wildlife shelter, so at this point I feel much more familiar with Australian wildlife than I ever have with my own. I’m working on that. Most of what I know about British birds I learned while researching my children’s book, which I worked on for two years in Australia. To me it feels like a homesick love letter to Cumbria, where I grew up.

There’s something to be said for moving to a new environment and noticing things – like birds – that you’d taken for granted before. Exposure to the noisy and colourful birds of Aus has really given me a new interest in and appreciation for the UK’s native birdlife. I saw a bullfinch today, which I was very excited to identify when I got home.

I’m basically sending out an open invitation to the wildlife of the area to come and make their homes in our garden, even if it is small and occasionally frequented by a dog and cat. Bird feeders, nest boxes and bee hotel are currently on offer and I’m working on a toad abode and hedgehog house. I’m also trying to plant with the pollinators in mind. Honestly I was never able to dig up much motivation for gardening until I started thinking of it as a way to bring in wildlife and help the insects.

I can smell frying onions so I think that’s my cue to get ready for dinner. 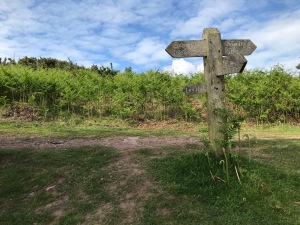 very occasional adventures of a Cumbrian-Australian in Edinburgh, writing with animals underfoot